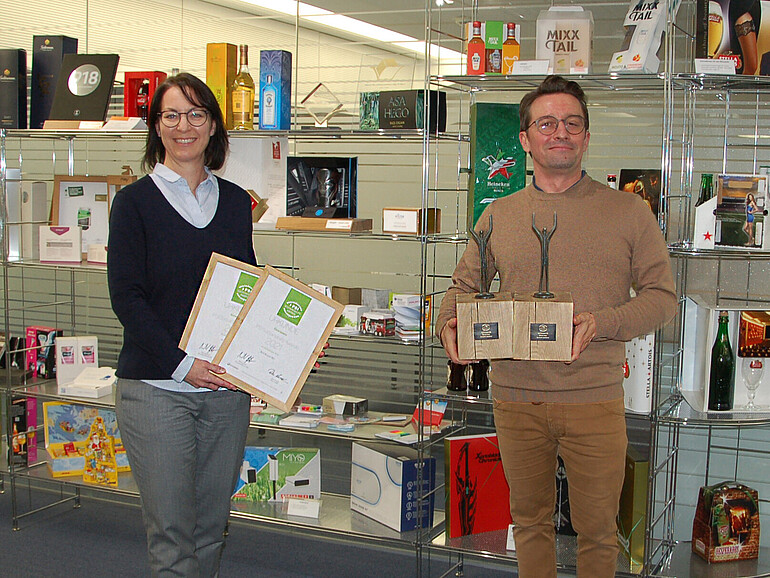 Karl Knauer KG, based in the Black Forest, can once again be proud that it has received multiple awards in a single competition. This time around, the packaging specialist was crowned winner of the 2021 PSI Sustainability Award in the ‘Economic Excellence’ and ‘Social Initiative’ categories.

What makes the advertising industry’s sustainability award so special is the fact that it’s not just the participating producers’ individual products or projects being judged; their overall corporate sustainability profile is being assessed and awarded too. ‘We’re totally thrilled that, once more, the PSI jury has highlighted very different aspects of our commitment by awarding us these two accolades. After all, in our company we attach a great deal of importance to focusing on continuity and ongoing further development in everything we do (including sustainability). And at the same time we also believe it’s important to devote our energies to creativity, social commitment and cross-company cooperation,’ explained Stefanie Wieckenberg, Karl Knauer’s Managing Director.

The Biberach team was crowned winner in the ‘Economic Excellence’ category in recognition of its sustainable quality management system, which has been continuously and consistently developed over the years and impressed the jury. Meanwhile, in the ‘Social Initiative’ category, Karl Knauer won the jury over with ‘Bienenweide’, its environmental and nature project that focuses on bee conservation and was recently launched in cooperation with Bienenmartins Imkerei and the daycare centre Kindertagesstätte Fliegerkiste, which the company has been running since 2011 together with the company Hydro Systems and the Municipality of Biberach.

This year, the coronavirus restrictions meant the awards were presented during an online gala instead of at the PSI trade show, as would usually be the case. Frederik Zecheus, Key Account Manager in Karl Knauer’s Promotional Products Division, accepted the two awards on behalf of the staff and thanked the jury and the roughly 250 spectators in a short video message.