A change at the top for Karl Knauer KG 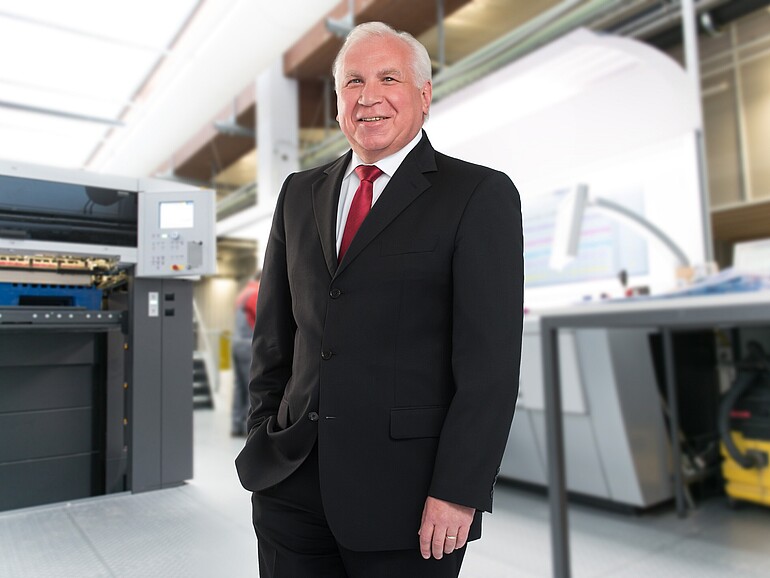 March 1st will see the start of a new chapter for Richard Kammerer and for Karl Knauer KG. After 48 years with the company, the long-standing managing director was given a good send-off at a small-scale celebration for his well-deserved retirement. The 65-year-old business management graduate became managing director back in 1992 and then company spokesperson in 2003. He has contributed substantially to the positive development of the multi-award winning packaging specialist. Michael Deronja and Stefanie Wieckenberg are set to succeed him as the company’s new dual leadership team.

When Richard Kammerer began his industrial management assistant training as a young professional at Karl Knauer in 1973, he had around 190 colleagues. Today, approximately 800 employees work at the two locations in Biberach, Baden, and in Pniewy, Poland. In addition to his business objectives, the father of four (now grown up) children always had social projects in mind too. It was through his efforts, for example, that the Fliegerkiste” children's daycare centre was launched in 2011 in collaboration with Hydro Systems AG and the Biberach community. “I look back with great gratitude and a certain pride on what we have achieved as a team over the past years,” Richard Kammerer told his audience at the official farewell celebration, which had to take place on a very small scale and partly online due to the current situation. “Together we’ve been able to reach new heights and celebrate successes but we have also had to navigate our way through lows, and overcome obstacles to reach where we are today. I wish my very esteemed successors Stefanie Wieckenberg and Michael Deronja the same good fortune and the same support that I was always able to count on.”

“We thank Richard Kammerer wholeheartedly for his tireless commitment to our company and for his very special, engaging and attentive way in dealing with people. We wish him a healthy and active new chapter of his life, and that it is everything he wants it to be. We’re sure that our paths will continue to cross in future and that is something to look forward to,” said Stefanie Wieckenberg (47), the granddaughter of company founder Karl Knauer, who has been a managing partner at the company since 2016, representing the third generation of the family-run business. She will be joined by Michael Deronja, a 50-year-old graduate engineer and marketing expert with 15 years of experience in managing medium-sized, internationally active companies, to form the new dual leadership team at Karl Knauer.

Even after his retirement from active professional life, the passionate long-distance hiker and mountain biker is sure to never feel bored. His seven grandchildren plus the numerous honorary positions he continues to hold, which include being Chairman of the Board of Trustees of the Karl Knauer Foundation and of the Caritas Council Kinzigtal, as well as spokesperson for the associations of Biberach and Prinzbach, will all demand his attention. And he also plans to spend lots of time travelling with his wife Elisabeth, in the garden and pursuing hobbies such as photography and painting.